So the demolition is underway on the back addition.  Initially, we thought we would simply remove and dispose of the structure altogether.

What we didn’t know at the time was that the addition was near-original to the house.  A covered walkway/wood shed leading from the back door to an “indoor outhouse” was it’s original intent.  Past owners insulated and finished the space, and it’s current condition and use is not practical for our needs.

So once we removed the interior finishes, we both had a change of heart.  We’ve decided to carefully dismantle the roof and walls to relocate and reassemble it near the rear of the property.

I think I’ve settled on nesting it under the trees and use it as it as a woodshed/garden tool storage.  We do need (and planned on building) some garden/outdoor storage – and in using the original structure, we get to maintain it’s character and save some serious moolah since the material for the structure is already here. 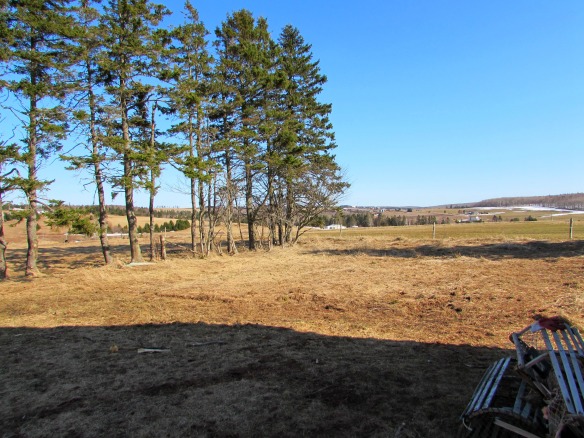 I will have to build new footings and floor, but the majority of the walls, roofing – and even sheathing – is reusable.

We’ve never wanted to just ignore the historic significance of this old home we bought.  But in the same breath, we also recognize that it’s current condition necessitates a full gut and renovation.  It will be our dream-home after all, so it still needs to meet our needs.  In relocating this structure and repurposing it for our needs, we can keep its historical ties and fill a need we have by reimagining it for another purpose.

As part of our desire to be more self sufficient, we will eventually have laying hens for our egg needs and the new shed will be modified to incorporate a coop.  All in all, it seems like a win-win scenario for us.

Another week and another disposal bin in our driveway – although this will be the last one for a while, at least.  We spent a good part of today cleaning up around the back of the barn.  I just don’t understand how people can use their backyard as a dump.  Earlier this year (before the winter really settled in) we cleaned up as much as we could at the time.  Windows, flooring material, mattresses, a piano, wire, tarps, cans and bottles, Styrofoam and countless pieces of wood were left there over the years.  And now with the warmer weather and the grass having died back, we’re able to finally get rid of the last of the junk.  And wow – that feels good.  The only things left there is the oil-drum fire pit and the remains of an old tree trunk – now hollowed out and housing little critters for Murdoch’s enjoyment.

In fact, while we were cleaning up, he flushed out a vole and quickly dispatched the little guy.  No, no sympathy here.

We also burnt away some of the tall, dead grass around the back yard.  The house has been though two summers without much garden care, so when we arrived in the fall, the grass was waist-high in places.

Burning off the dead stuff seems to be the most practical option.  Either that or rent some sort of brush cutter before we put the lawnmower to it.

We also uncovered our driveway.  We had “patches” of asphalt showing through our dirt driveway.  Turns out, our driveway is paved – just buried under years of grass, dirt and pine needles.

Now cleared away, we have a nice, clean parking pad.  Raking up the old tall grass, we’ve also discovered a few spots of garden plants poking up. 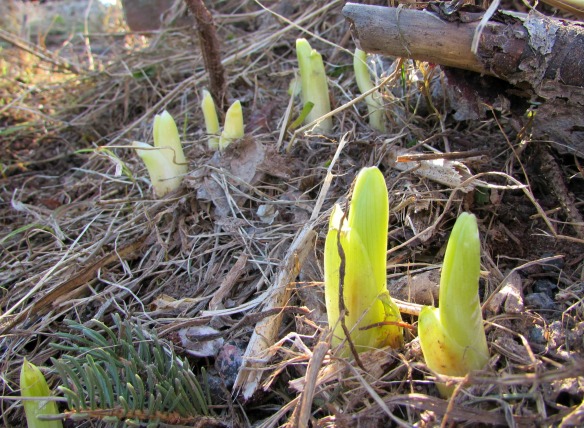 Looks like we’ll have at least a few beds of lilies around the house in a short while. 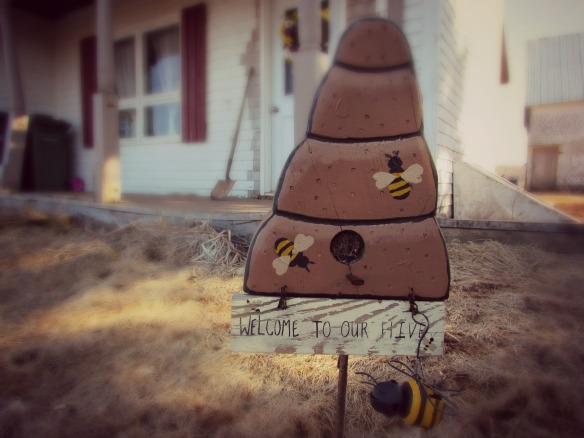 And finally, fishing season opened here on Tuesday.  And yes, I did wet my line.  No, I didn’t catch any fish.  On the weekend, our temperatures soared to nearly 20 degrees and severe runoff from the snow pack thawing, combined with rain on Monday, caused quite a lot of flooding around the rivers.  All of the watersheds around our home had gone from babbling brooks to raging white-water rivers.  Needless to say it was difficult fishing.

It wasn’t all for loss though – Vanessa saw and took this beautiful picture of a heron in the river behind our house.

We’ll give it a try again soon as things settle down in the rivers.  But I like the way my wife thinks.  She says the sooner we get the demo done, the more time we’ll have to go fishing. 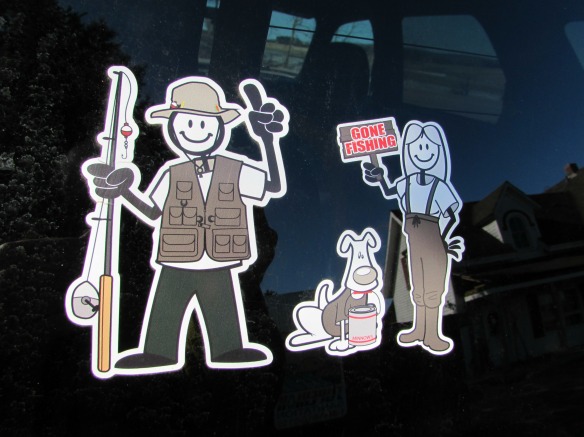 5 thoughts on “A Change of Plans”