No more bouncy-castle.  No more walking-the-plank to leave the house.  The house has its new foundation and now, we’ve nowhere to go but up! 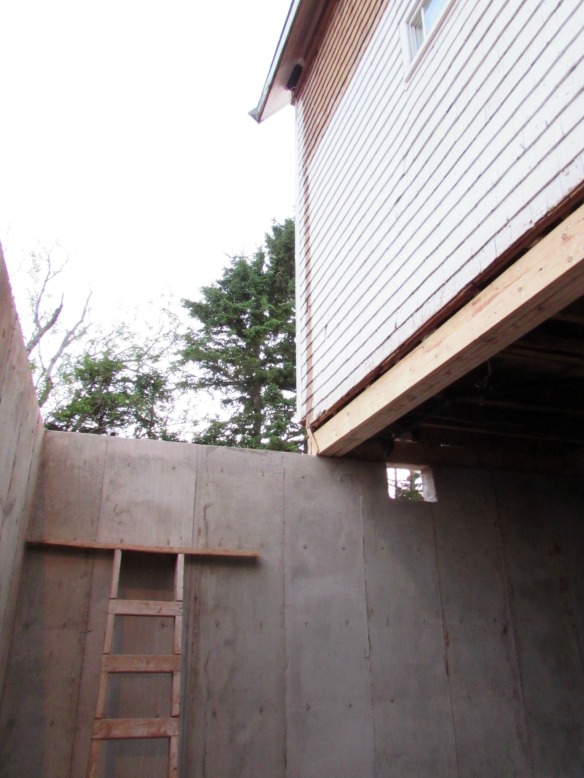 It’s only been a little over three weeks since the house first started to creak its way off the old stone foundation, but yesterday it completed the round-trip to its new (and last) foundation.

After the the excavation was done and footings poured, the stone-slinger arrived…. 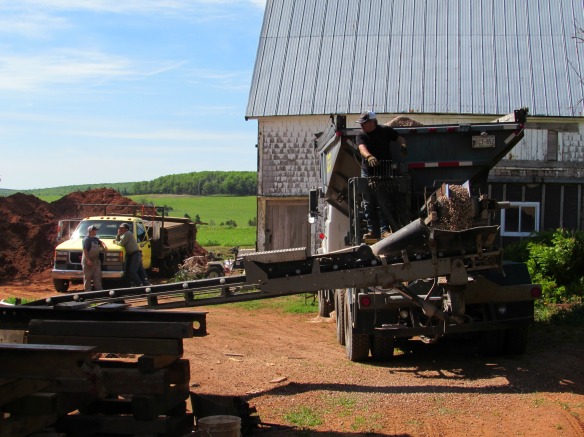 ….and we started forming the foundation walls.

Needless to say, once the four concrete trucks pulled up to the house,we had more than our share of visitors.  Everyone came out of the woodwork to introduce themselves and see the progress we’re making.

In no time the foundation was poured and all that was left to do was wait for the concrete to cure for a day or two, then strip the forms.

Everything was going so well, then the skies opened up and the rains came.  And it rained.  And rained. 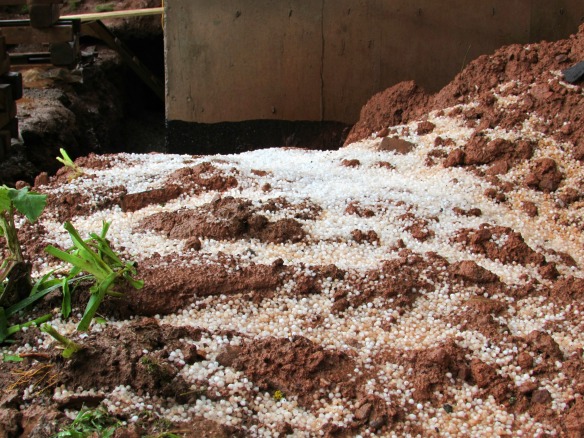 Other than these couple of days, the work pretty much chugged along.  The forms were stripped and the walls damp-proofed. 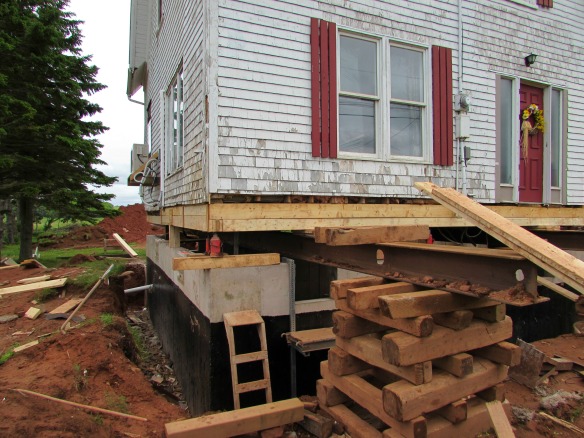 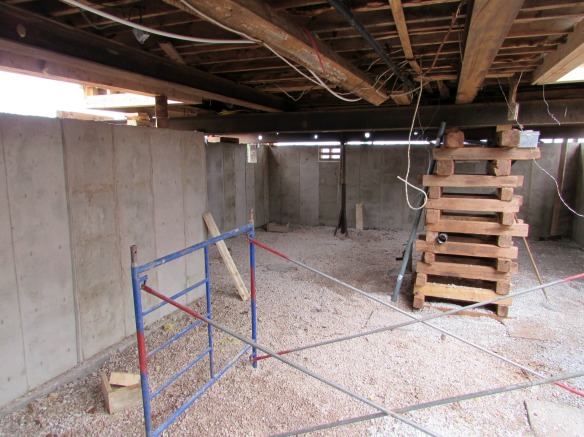 Then at long last, the jacks were reinstalled to lower the house onto the foundation. 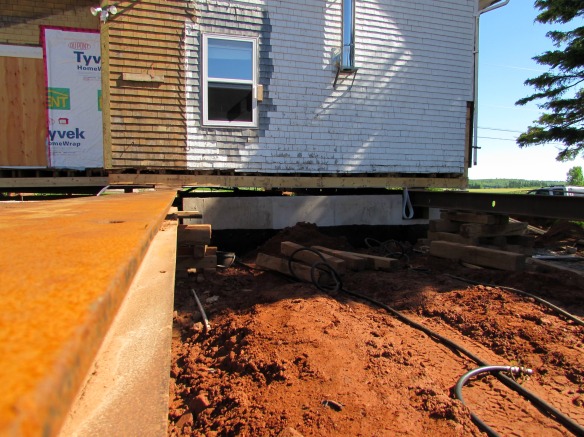 With the foundation work now done, the process of removing and replacing the old and rotten floor joists and carrying beams will start.

And just like everything else we’ve done here, this seemingly enormous task will also get done – one step at a time.

4 thoughts on “The eagle has landed!”