Well, Vanessa and I have been enjoying a few days off from working on the house.  After a bit of a snow/ice storm last week, the past few days have been beautiful.  It’s been sunny and clear – albeit a little cold – so we’ve been enjoying some time outside. 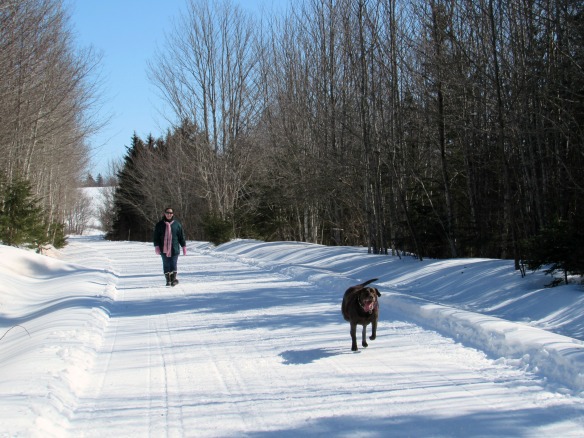 and with a quick coffee-to-go, a drive up to Cavendish and along the shoreline.

….to see the sights

….and a little wildlife.

And with the official first day of spring on us, we’ve been dreaming of the planting season and the gardens.

We went to town over the weekend and got all of our vegetable seeds from Veseys for the spring.  One of my earlier posts (https://ouroldislandhome.com/2014/01/18/spring-dreaming/) outlined all of the vegetables we would be trying – and that hasn’t changed much.   I know it all sounds very ambitious – and it probably is – but we have nothing to lose.  It’s not like we’re pressed for space and don’t have the time to tend the garden.  We’ve settled on the back south-east corner for the garden – it’s a clear and wide-open area that receives sun all day.  The space around the house is being reserved for flower beds, patios, BBQ and entertainment area – and around the barn is the driveway, shop and (eventually) greenhouse area.

So with the location of the veggie beds determined, we now need the snow to go (who doesn’t, amiright?) and we’ll prep the area.  We have two huge rolls of black poly (plastic) to roll out over the bed areas.  We’re planning on eight beds – each measuring 10′ x 25′.  The black poly serves two purposes: first, it will inhibit any grass and weeds from starting to grow as the weather warms, and secondly, it warms the soil in anticipation of planting.  A number of our plants need warmer conditions: sweet potato, corn, tomatoes and peppers don’t like their feet cold.  Other crops are less fussy and can be planted as soon as the soil is workable.

We’ve planned an eight crop rotation.  Different vegetables can be grouped together in similar families.  Utilizing crop rotation, you change the location of each vegetable group from year to year.  This reduces the likelihood of a pest or disease problem overwintering and attacking the same crop in the same location of the following year.  For example tomatoes, peppers, eggplants and potatoes all belong to the same family and, as such, are susceptible to the same pests and diseases.  Because these plants all belong to the solanaceous or nightshade family, you wouldn’t plant tomatoes in the same plot that potatoes were planted in the previous year.  The goal is to have at least three to four years before the same crop-family is planted in the same location again.

So, here’s our rotation plan – the eight beds will be:

And in addition to these eight beds, we’ll have permanent locations for the perennial plants: asparagus, rhubarb and berries.

Yup – that’s a lot of produce.  But think about this: one seed packet of broccoli costs $3.00.  A packet of 1000 carrot seeds cost about $4.00 and for $8.00 we bought 1000 corn seeds.  The list goes on and on.  For what we would spend on groceries in one week, we bought the potential for the same grown by ourselves – one hundred times over!

We realize that’s far more than we’ll ever need – even canning, freezing and preserving as much as we’re able.  So we’ve already decided the surplus would be donated to needy families or a food bank.  Either way, our needs will be met and others will be blessed with the surplus.

Over the next short while, we’ll be starting some of the plants inside in anticipation of the last frost – transplanting around the end of May.  I’ll show you how we’re geminating and growing the plants before transplanting – and how we prepare the beds.

I’d love to hear what you grow in your home gardens – and any helpful tips you might have.  Until then, enjoy your spring! 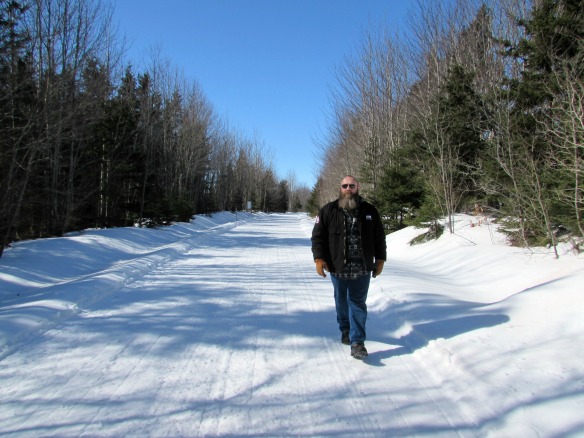 8 thoughts on “It’s official – spring is here! Time to start the garden plans”